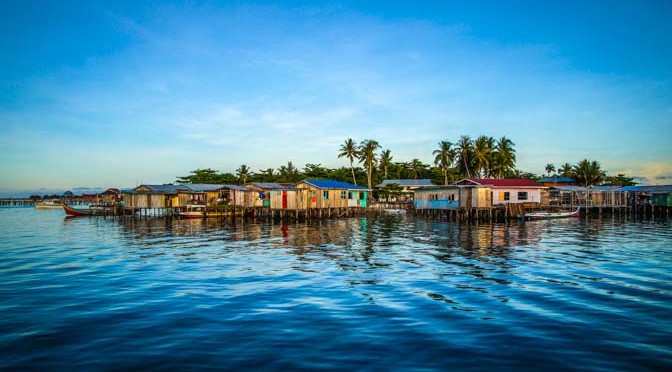 Throughout our Southeast Asia travels, I have started to become immune, where I am not phased by much anymore. All the little things that used to cause annoyance or stress now feel all too normal. It is almost like all my expectations get viewed through a different lens of sorts.

We were a full day into our Borneo dive trip, before we stopped and took note of our kind of funny situation. It may have been when I looked at myself in the mirror, noticing my disheveled, ratty mess of hair, trying to think of the last time I was able to wash it, that led to our discussion about our current situation.

Our  entire dive trip was absolutely incredible, as the water and weather conditions were perfect. Besides that, nothing else worked out quite like we expected.

The “everyday” we are currently living is a complete surprise, as we never know what is going to happen or how things will play out.

I feel like this particular experience is just one example of what a day in the life of ‘us’ is like as backpackers. I want to speak honestly and possibly demystify the illusion some may possess that traveling is all unicorns and candy.

Time does not really matter in Asia, as a set time is used mainly as a guideline. After waiting close to an hour for our speedboat to get fully organized, we left for Uncle Chang’s homestay in Mabul, Sabah, Malaysia. We had arranged staying for three days and two nights, with two full days of diving, at this homestay.

Upon arrival, we dropped off our bags, ate the traditional rice for breakfast, geared up, and jumped on the boat for our first full day of diving around the island of Mabul. Mabul is known as one of the best muck diving destinations in the world, and is also known as a macro diving paradise. Scorpion fish, frog fish, nudibranchs, and many other rare forms of marine life can be found here. 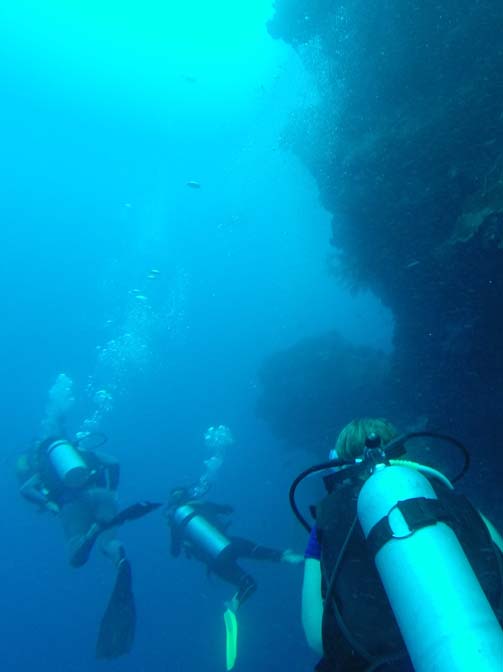 The diving was absolutely amazing, besides the gear being well worn and finicky. I had a small leak between my air tank and regulator, while Thad had a large leak between the connectors of the hose and BC. Thad would have to hold it connected to inflate/deflate to find neutral buoyancy, then disconnect to preserve air, connect again if needed, etc. Our dive instructor, obviously used to the equipment, swapped gear with Thad after our first dive, and said that my leak was ok because it was small. My air intake with a leak is still less than most, so I wasn’t too concerned.

After our first days’ dives, we were brought back to our homestay to unwind and relax. In our room, we noticed neither the electricity nor the running water was working. We were used to the lack of electricity, as energy conservation is a fairly common practice throughout Asia, where they will set limited hours for such liberties.

We decided to stay out of our hot room, and hang out on the deck in the common area, to watch the sunset with a cool beverage. Thad did mention looking forward to enjoying an ice-cold beer upon finishing our glorious day of diving. It wasn’t too surprising after trying to order, to learn that their fridge was broken as well.

After inquiring about the no water situation, we found out that the water pump had been broken for several days, and they hoped to have it fixed soon. We spent that entire day in the ocean, and now were nasty, sticky, and salty. To try to find a balance between conserving our clean drinking water and the ability live in our skin, we limited ourselves to a half-liter shower each from our Nalgene bottle.

The toilet was what seemed to be the worst. Not only was our toilet accumulating urine throughout the rest of the day, but so was everyone else’s. The stagnant, pungent odor was really strong and not good. I finally found a bucket that we could use to get ocean water and manually flush our toilet to help with the growing stench.

After we fixed the toilet smell, showered (sort of), and watched the incredible sunset, we made our way back to our room. Laying down reading with cool air circulating (from the ancient, tired air conditioner), we started talking about our dives and enjoying ourselves… until the endless tiny, biting ants came. No idea where they came from, but I would suddenly feel something crawling, find it, kill it, relax, feel another one crawling, biting, find it, kill it, etc. It was literally an all night occurrence.

The next day we were up, ate rice again for breakfast, grabbed our gear, and headed to the much anticipated Sipadan Island. Mabul is the neighboring island, where we stayed, providing a short boat ride to the well known marine paradise. Sipadan Island is regularly ranked as one of the top ten diving destinations in the world.

I had much anticipation for this day of diving, and it did not disappoint. We had three dives, where we lost count of the number of turtles, reef sharks, and schools of barracuda, parrot fish, and jacks we saw. It was incredible, with the underwater life so close, I could have reached out my hand to grab it. The reef was on one side, the deep blue on the other, and the ocean floor dropped to over 600 meters below. It was surreal swimming next to the reef, and randomly glancing into the deep blue ocean and occasionally seeing bigger fish, including a few grey sharks swimming by.

There are currently only 120 permits per day for Sipadan given to all the dive sites to disperse among the divers. Most of the dive shops require you to book a big, expensive package deal, usually months in advance to guarantee one permit for Sipadan. I thought we were pretty lucky to secure permits for both of us, after reading how divers book over six months ahead of time.

It wasn’t until we were having lunch between dives in Sipadan, that I asked what the story was with the military camp that was stationed right next to us on the beach. This is when we found out about the tourist kidnapping only a few months before by Philippine pirates that caused a huge wave of tourist cancellations. I am guessing this is how we were able to obtain two of the few permits last minute.

It was fascinating and a little unsettling learning about the history and unrest that Borneo still faces with other countries trying to claim it as their own. Our dive master has been diving Sipadan for over sixteen years, has seen much of the tension first hand, and has little doubt of it being over anytime soon.

After three unbelievable dives, we were dropped off at our homestay, which sits away from actual land, high on stilts over the ocean. Once settled back in, we decided to follow the wooden boards to wander around and see more of the island.

Once on land, it was almost like a different world. Complete night and day difference, from the tourist facilities on the waterfront, to close to 3rd world living conditions inland. We had children following us around begging, homes consisting of rusted tin roofs and dirt floors, mangy cats, and barefooted kids playing basketball.

Tourism in this part of the country is so lucrative, I was in shock at what lay behind the dive resorts. We have seen so much poverty and harsh living conditions in other parts of the world,  I do not know why I assumed Mabul would be any different.

We are so blessed that after we quit our jobs and left our apartment, making us homeless and jobless, we still have so much. The slight inconveniences, that we have grown accustomed to since living in Asia, seem even more futile now.

One thought on “Exploring and Diving Sipadan”