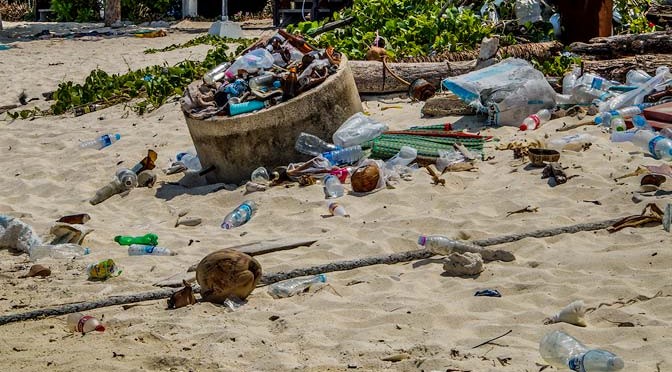 “Building your character” was my parents catch-all phrase for everything. Growing up, I hated practicing the piano, sharing a room, fixing fence, and picking ditches at our farm. This list could go on and on (I know, my life was so hard).

Bottom line, my parent’s not-so-inspiring words of encouragement were “It will build your character”. The influence parents have over their children is almost scary.

I was part of a 4-H group when I was younger, due exclusively to my mother being the 4-H leader.  During these years, our group would be part of various volunteer efforts to better our communities.

Somewhere along the line, we acquired the name “Jolly Workers”. I cannot remember if this was by chance or by choice, since I do not remember how jolly we actually were.

“Adopt a highway” was one of the many volunteer opportunities that we took part in. Our group literally adopted a section of highway to keep clean. We would walk miles picking up trash in the ditches and on the roads. I remember being continuously amazed at what people would throw. It was a combination of weird, random, and absolutely disgusting. But my character was getting built, so I guess it was ok?

My point with all this being said, is that after being too familiar with picking up other people’s garbage the better part of my whole life, I despise litter. It is a deep down passion of sorts. I burn inside when I see people have no hesitation or respect, and throw their garbage anywhere they please.

Our first stop on our year-long journey was the Philippines. We flew into Manila, and the first thing I noticed were the trash-strewn streets.

Everything just seemed dirty. It is almost like a double standard here, as signs will tell you to throw your trash in the garbage areas and avoid littering.

The problem is that there are very few garbage bins provided, leaving the responsibility of properly disposing of rubbish up to each individual. Judging by the mass amounts of garbage left in the streets, people do not like this responsibility.

Throughout our travels, we have been charged for several “environmental” fees. These fees are supposed to cover a lot of the cost of garbage removal, street cleaning, and preservation of the natural environment.

I do believe this is a good thing, and very needed to help with the longevity of some of these islands, even though I hate fees. I am just skeptical if the money is actually being used correctly. The largest fee we paid was in Koh Lipe, Thailand, which may have had the most beautiful beach we have seen so far and ironically the most liter as well.

I am not sure what is culturally accepted or not, but picking up litter and putting it in its proper place, whether that’s the trash can or the recycle bin, ought to be second nature for all of us.

I have seen countless smokers put out their cigarette butts in the beautiful white powdery sand beaches and just leave it there. On one of our ferry rides, one of the crew members finished his drink and threw the plastic cup right into the ocean. I couldn’t believe it. It took a lot of control to not give into my temptation of  throwing him in to go pick it up.

We have encountered countless cheeky monkeys throughout Southeast Asia. They know exactly what they want and are not afraid to do whatever it takes to get it. They can be nasty, mean, sneaky little things. They come out of nowhere, grab anything they find, and conquer, even if resisted.

I do not care if people disregard the “no feeding monkey” signs, because I myself do not obey many signs. The frustration for me is seeing chip or sunflower seed bags ripped open and just left there.

Whether the monkeys are given food or steal it, they never throw the wrappers away. Monkey-see, monkey-do. Countless water bottles, plastic bags, and food wrappers are just left everywhere.

I will get off my soapbox now. It is just so sad that such beauty is taken for granted, not respected, and gets trashed. The waterways, beaches, markets, parks, and streets are all affected as the garbage accumulates and takes so long to decompose. I will continue to do my part, and hope that others will start doing theirs.

One thought on “This is Crap”