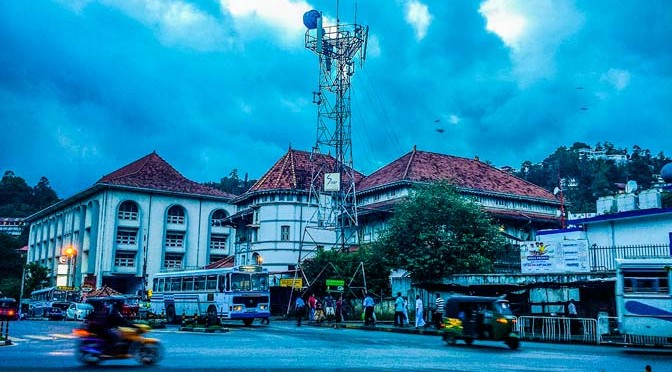 I will admit that by taking public modes of transportation, we need to be willing to accept the terms and conditions, and sometimes consequences, that go along with it.

We have traveled through Southeast Asia for over five months, using all modes of overland public transportation. During these months we have developed a bias towards certain modes over others, but still cannot say too much, as the price offers no room for complaints.

We are currently visiting Sri Lanka, where the public transportation is slightly more challenging, compared to our previous experiences. This requires more patience and energy, which is hard to come up with during exhausting travel days.

To describe some of the funny and difficult moments of physically traveling, mostly due to the lack of personal space in Sri Lanka, it may be best to provide a few examples.

Sri Lanka has proved to be the most “head turning” country that we have visited so far. We walk through a bus station, along a street, or are sit on a bus, it doesn’t really matter, as all heads turn and stare for an unholy amount of time.

This could be partly contributed to being the only white people using public means to travel, as this was our experience. Hypocritically, we would also stop and stare if we saw a white person in town, as this was an extreme rarity as well.

Another challenge is the schedule, or lack thereof. Time does not matter here, as a bus will come when it comes, or not. These buses are supposed to come at least every thirty minutes.

A few days ago, we waited over an hour for a bus that drove straight past our waving arms (because it was full). We continued to wait over another hour in the hot sun, along the road side, painfully ignoring all the other ‘helpful’ ride offers. I was so hot and dehydrated, that I was ready to stand in the road and either make the next bus stop, swerve, or run me down. Thankfully, he stopped.

The concessioners on these buses were non-stop and overly friendly. There was no attempting for us to blend in, as we were undoubtedly the only tourists traveling among the locals. This for some reason, attracts the concessioners, as they will always stop at our seat, ask if we would buy what they are selling, wait, make eye contact, ask again, etc.

One concessioner was trying to sell us my favorite mangosteen fruit, while I was already eating the mangosteen that I bought from the market before the bus ride. He asked if we would buy, I showed him that I already did, but he continued to crack one open anyways. He was saying in fast, broken english, how sweet they were and the price, as he literally put it in my mouth. I had no time to react to this.

It was so bizarre, but he was right, they were delicious, so I bought another bag for less than a dollar. His friend right behind him saw Thad pulling out money to pay, and opened a piece of rambutan that he was selling, and tried to put it in Thad’s mouth. Thad pulled back. I guess his reflexes were faster than mine.

We have discovered that personal space is not something that is understood or practiced in this country. My mouth was still full, hands were busy with paying, holding bags of fruit, and our backpacks, as I could only shake my head at the other concessioners pushing their way through.

During many of the public bus rides we were not lucky enough to get a seat. There was no set capacity limit for these non-airconditioned buses either. In the aisles, there were at least three people per row squeezed in and holding on.

This literally meant that nearly every square inch of my body was touching someone else’s. Arms were everywhere holding on, leaving my head in an awkward position to avoid armpits, elbows, and sweaty arms.

Thad would also be forced into uncomfortable and unhealthy positions, as standing with correct posture was not an option. These buses are not made to accommodate the majority of the western world.

The bus drivers drive as fast as possible, slamming on their brakes when waved down, and do not come to a complete stop, but continue rolling before hitting the accelerator again. Most locals are quite fast, running, and jumping onto the bus, to not miss it.

When we were lucky enough to snatch a seat, it would be a hot, sweaty, and an uncomfortable ride. Yesterday, we took the last two seats in the very back of the bus, where there were already five men sitting. The only good thing about making us fit, was that our hips were so tight, when the bus slammed on it’s brakes, we didn’t fly out of our seats (as much).

We did however have to alter or twist our torsos to be able to fit our shoulders in. The man I was sitting next to, was by the window, with his arm holding onto the bar above the window, allowing more shoulder room. This was really nice, besides the fact that for over an hour he nodded off. Once he fell asleep, his hand would slip off, shoulder would hit mine,  he would jolt, wake up, bring his hand back up, nod off, hand slip, shoulder hit, over and over and over again.

That man was determined to keep his arm there no matter what, and unfortunately with the language barrier, cultural norms, situation as it was, options were limited. It was a very long bus ride.
These are just a few of my memories of the Sri Lankan public bus, as it was always an experience. We are now close to the train tracks again, so we will be using that mode of transportation for the remainder of our trip.